Let "La Heroica" conquer you with its magic, culture and tradition 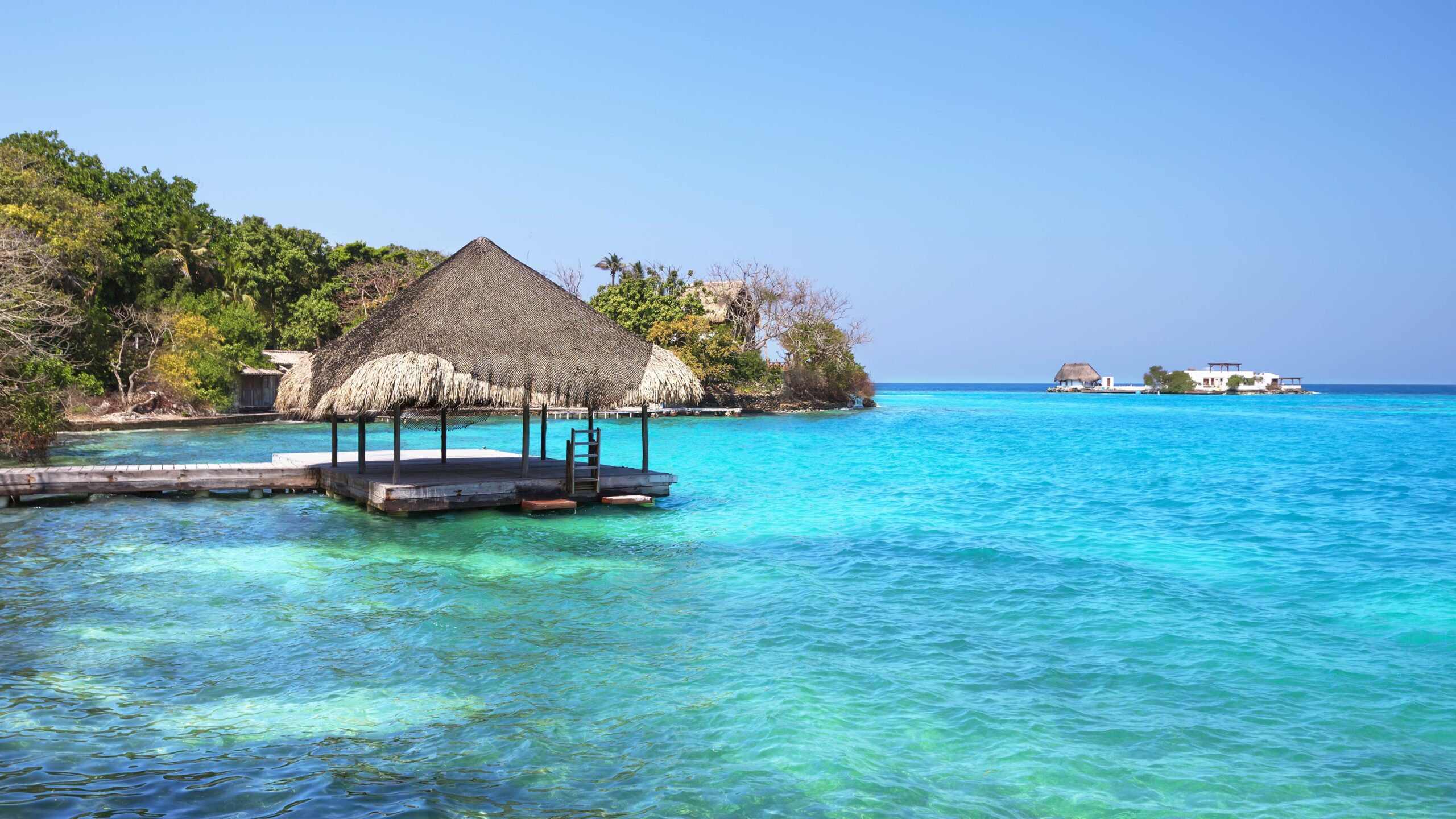 Historical and Cultural Heritage of Humanity

The city of Cartagena de Indias is the capital of the department of Bolívar, it is located on the Caribbean coast, in the north of the country. Its particular history and infrastructure led UNESCO to declare its fortifications in the historic City Center, the Arrabal de Getsemaní, the Castle of San Felipe de Barajas and the Fortifications of the Bay as Historical and Cultural Heritage of Humanity.

La ‘Heroica’, became one of the most important tourist destinations in Colombia and Latin America; taking advantage of the full potential of being a coastal city. Its gastronomy seduces travelers who have the opportunity to visit it, with a great variety of marine recipes and its native dishes.

The splendid Historic Center of the city is built in different architectural styles, since the Spanish Baroque, the Spanish colonial architecture and the neoclassical style, among others, converge there. This architectural cocktail is part of the magical nights of Cartagena, where the best experiences are guaranteed through its restaurants, bars, colonial hotels, alleys and its emblematic places of interest.

Another of the great attributes is its climate, which is tropical, so those who visit the city can enjoy a summer weather 365 days a year. The average maximum temperature is 31 ° C, while the minimum is 23 ° C.

The city was officially founded on June 1, 1533 by Pedro de Heredia. In the year 1991 it was considered a Tourist and Cultural District. Its foundation in the 16th century made it important during the Spanish viceregal era, since Cartagena de Indias was one of the most important ports in Spanish America. One of the most relevant dates was November 11, 1811, the day the city declared itself independent from Spain.

Cartagena developed the urban area while preserving the historic center and continues to be one of the most important ports in Colombia and the Caribbean, now it is also a famous tourist destination and receives a large number of cruises per year, it also has a population that exceeds one million population.

Cartagena de Indias has a dynamic and diversified economy, thanks to the income produced by tourism, trade and logistics for international maritime trade.

Entertainment
Entertainment, leisure and recreation plans are guaranteed in Cartagena. There is something for everyone. You can start by doing the city tour to get to know the representative places, for example, take the panoramic tour through the Bocagrande sector, marvel in the beautiful Cartagena Bay, the tourist pier and the Manga neighborhood.

In the same way, you can enjoy the monument of the Old Shoes, the Castillo de San Felipe and end up in the walled city.

For all those who enjoy spending time at the beach there are different plans to make: Day trip to the beaches of Barú, Rosario Islands, Tranquila Beach, Tierrabomba Island, Cholón or Aguazul, among the best known.

There are many more activities such as diving, snorkeling, sailing to watch the sunset while tasting snacks, dining on a yacht and even venturing to know the Mud Volcano on the outside of the city.
Gastronomy
There is a wide range of restaurants. The city has specialties from different parts of the world, which makes variety another of the city’s strengths. Although its typical dishes are not far behind and among the native preparations the following stand out: the famous arepas de huevo, beans or corn beignets, empanadas, sancocho Costeño with fish and coconut milk, patacón, coconut rice, cassava with suero (sourcream) , butifarra, Bocachico, Viudo and Carimañola.

Clearly, seafood recipes and dishes are another excellent alternative. Fish such as snapper, bocachico, sierra, crab legs, shrimp and squid, are prepared in different ways to keep lovers of this type of food happy. It is worth noting that anyone who visits the ‘Heroica’ must try the sancocho cartagenero, made with Hen.

Fall in love with Cartagena

Get to meet the pretty girl from Colombia

Located in a strategic area of Cartagena that allows you to know the most emblematic places of the city. 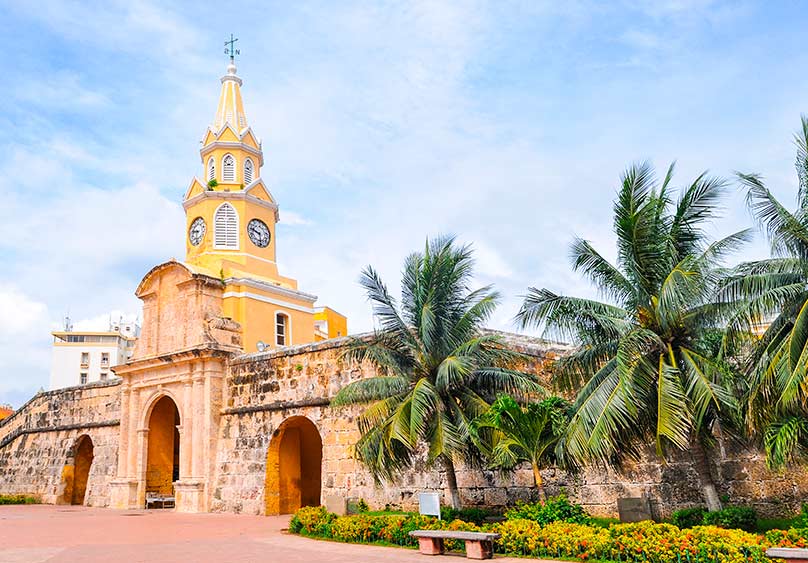 First Colombian city to declare its independence from Spain 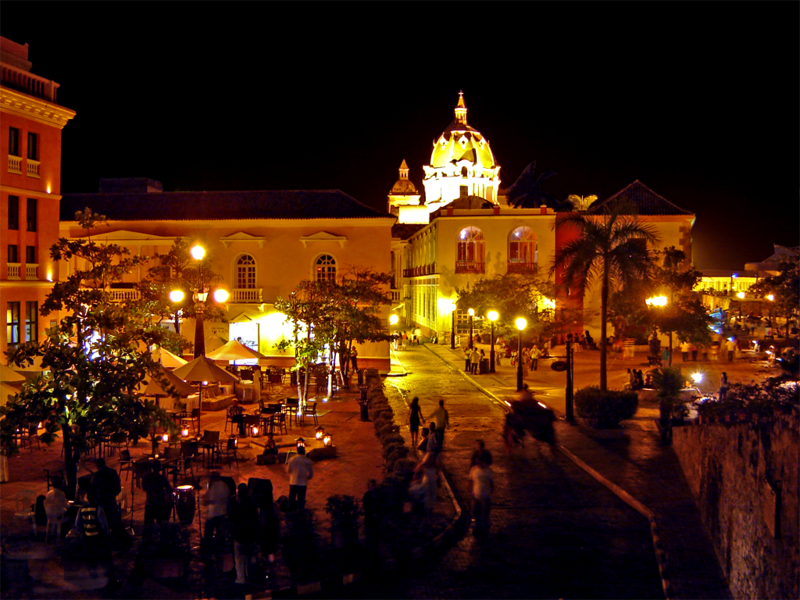 Cartagena de Indias brings together the charm of colonial architecture, the excitement of a vivid night life, fascinating cultural festivals, and lush landscapes 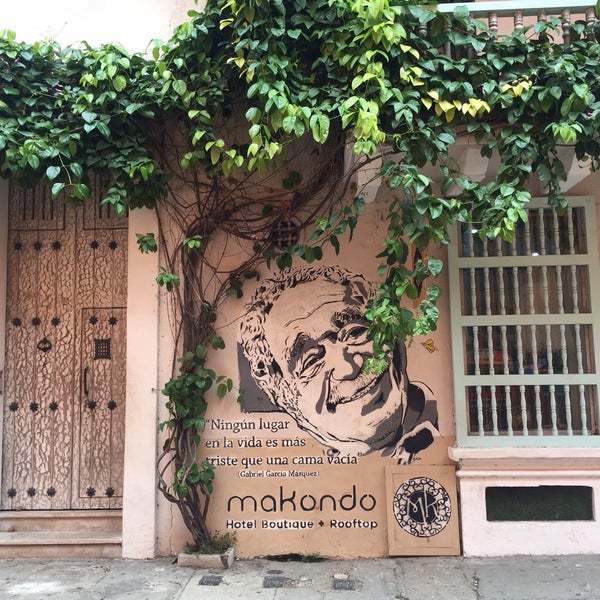 This fabulous destination holds the secrets of history within its walled city, on its balconies, and in the narrow stone walkways that inspired author Gabriel García Márquez, who was received the Nobel Prize in Literature in 1982.

Best Things to Do

Explore the Old City
The old city of Cartagena includes the neighborhoods of Centro, San Diego and Getsemani, and you must know it.
Castle of San Felipe de Barajas
This might be the most incredible fortress ever built by the Spanish in any of their colonies and it’s a landmark within the city of Cartagena.
Rosario Islands
Islas del Rosario are 27 islands located in the crystal clear Caribbean waters just off the coast of the city.
Mercado de Bazurto
It’s chaotic, smelly, vibrant, colorful, and totally authentic, so you should definitely visit the Mercado de Bazurto.
Previous
Next

WEATHER AND SEASONS OF RAIN IN CARTAGENA:

In Colombia we do not have stations. The difference in Cartagena is in two types of hot and very hot weather. Hot and humid, from May to November the rainy season is experienced, with October being the rainiest month. You already know! to drink plenty of water and protect yourself from the sun.

HOW TO GET TO CARTAGENA:

Traveling to Cartagena is an easy task. International flights arrive at its airport. Many of them direct even from European countries. Of course, there is also no lack of flights that link the city with other cities in Colombia such as Bogotá, Medellín or Pereira

Most travelers with passports from European and American countries do not need more documentation to enter Cartagena de Indias than the passport valid for six months.

The currency of Colombia is the Colombian peso.

There are also a number of ancient churches and popular monuments that you can tour, such as the monument dedicated to India Catalina, los Zapatos Viejos, and los Pegasos. Another activity that you can consider if you are wondering what to do in Cartagena is visiting the Naval Museum or the Serrezuela Shopping Center.

The emergency number in Colombia is 123